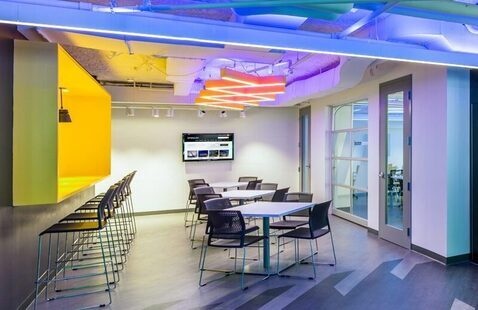 Matt Payette is a Boston-based lighting designer and design engineer. Growing up in the family homebuilding business, he became a carpenter by trade, learning skills he would later use to make sculpture, and ultimately land him at MassArt (BFA, Industrial Design, '06). Upon graduation, he began taking freelance architectural design/build projects before becoming a design engineer for LED lighting pioneers Color Kinetics. Since 2012, he has been a sales engineer Lumenpulse, a Montreal- / Boston-based spec-grade architectural LED lighting manufacturer.

Matt has had the pleasure to work on such projects as Prudential tower crown lighting, the Corpus Christi harbor bridge, Empire State Building relighting, Boston Harbor Hotel, Rhode Island Statehouse, Boston City Hall, International Place, and The Boston Garden. He lives in Boston with his wife (also a MassArt grad), their 2 children, and a very patient cat.