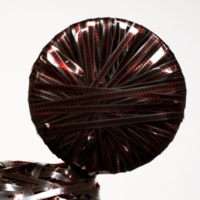 The MassArt's Department of Film and Video welcomes Sandra Gibson and Luis Recoder for the Fall 2019 MassArt Ciné Culture (MACC) screening series. The artists will be on campus for a three-day "mini residency" including an installation, performance/screening, and a master class!

Collaborators since 2000, Gibson and Recoder unite the rich traditions of the experimental film, particularly its structuralist and materialist strands, and the multi-modal sensibility of expanded cinema that emerged in the 1960s, in which the moving image was woven into the labile space of performance, sound and audience interaction. Their larger body of work explores this interstice between avant-garde film practice and the incorporation of moving images and time based media into the museum and art gallery. (via expcinema.org)

Please join us for the upcoming screenings of the Fall 2019 Ciné Culture series: