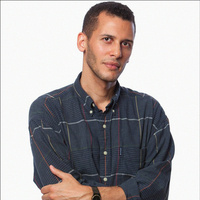 James N. Kienitz Wilkins is a New York based filmmaker. His work has been screened at many international film festivals and venues, including New York, Toronto, Locarno, CPH:DOX and MoMA PS1. In 2017, he was included in the Whitney Biennial and a retrospective of his work was showcased at the Montreal International Documentary Festival. In 2018, he opened a solo show at Gasworks Gallery (London), and was included in the Biennial of Moving Images (Geneva). Wilkins is a graduate of the Cooper Union school of Art in New York City. His directing credits include Public Hearing (2012), Common Carrier (2017), Mediums (2017), The Republic (2017), and the Festival selections Indefinite Pitch (2016) and This Action Lies (2019). The Plagiarists (2019) is his latest work.