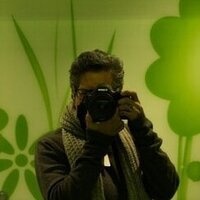 The department of Film and Video presents the final installment of the Fall 2019 MassArt Ciné Culture (MACC) screening series: Cristina Kotz Cornejo. The artist will be in attendance for the program and a post-screening Q&A.

Raised in Buenos Aires, Argentina and the US, Cristina Kotz Cornejo is an independent filmmaker. 3 Américas (2007) marks her feature film debut. She has shown the film around the world, ranging from Mexico City to Montevideo, Uruguay to New York City. 3 Américas was in the official script competition (as Soledad) at the 2003 International Festival of New Latin American Cinema in Havana, Cuba. She is the recipient of 2004 & 2007 Moving Image Fund Grants from the LEF Foundation in support of 3 Américas’ development and was invited to attend the Sundance Institute’s 2004 Independent Producer’s Conference with 3 Américas (as Soledad). 3 Américas is distributed by Vanguard Cinema and Cinetic Rights Management and can be found on Netflix. Her short film, La Guerra Que No Fue/The War That Never Was (2004) screened at over 25 national and international festivals in over 10 countries and is distributed by OUAT! Media. Her shorts, Despertar (2011), Hermanas (2013) and Buena Fé (2014) have played festivals around the world. She is in the development stage of a new feature screenplay. (via d-word.com)