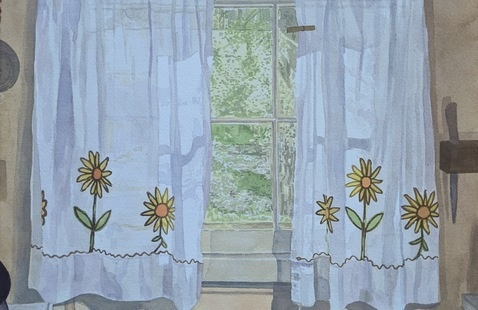 Tower, Auditorium View map
Add to calendar
Save to Google Calendar Save to iCal Save to Outlook

https://blogs.massart.edu/gradstudents/visiting-artists-2/ #massartmfa
View map
Add to calendar
Save to Google Calendar Save to iCal Save to Outlook

MassArt is pleased to welcome Breehan James to the Spring 2023 Fine Arts Lecture Series. Mack joins the 2D and 3D Fine Arts departments, the Graduate Programs, and the MassArt community on Wednesday, February 1 at 12pm in the Tower Auditorium.

Breehan James’s paintings portray her experiences exploring the wild places of the North and the people connected to them. Rugged boreal forests, beautiful night skies reflected in lakes, deer hunters, and cottages in the woods populate her paintings and evoke a psychological state of being both lost and found in nature. Her studio practice extends works “made in the field” to her “studio” in an effort to evoke these experiences and portray their substance. Her work addresses the hidden connections between the outer perceptible world and the inner essence of our emotional life. James draws influence from her Northern Midwestern upbringing in addition to 19th century Nordic landscape painting and American and Canadian artist adventurers. Breehan James was born and raised in the Fox River Valley of Wisconsin.

She received her MFA from Yale University and a BFA from Massachusetts College of Art and Design. She has had solo shows in NYC at Larissa Goldston Gallery and in Milwaukee at Tory Folliard Gallery and The Alice Wilds. Breehan has participated in many group shows across the U.S. and Canada. Breehan James lives and works in Gorham, Maine. Breehan James is an Assistant Professor of Art at Boston University.

This event is free and open to the public.