An Invisible History: Trailblazing Women of Animation with Mindy Johnson 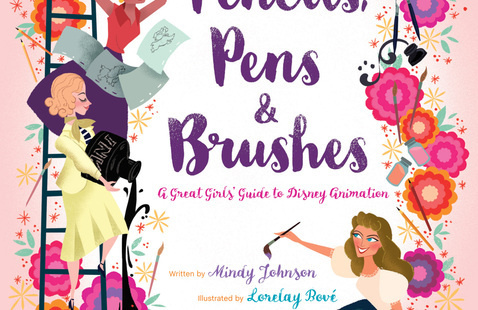 Please join the Animation Department for a presentation by award-winning author, historian, filmmaker and preeminent expert on women in early animation, Mindy Johnson:

An Invisible History: Trailblazing Women of Animation
From the earliest pioneers of hand-rendered animated films, to the advent of digital technology, women have been at the forefront of the animation medium, yet their extraordinary contributions have largely gone unrecognized.  Join MindyJohnson, author of the landmark volume Ink & Paint – The Women of Walt Disney's Animation  (Disney Editions Deluxe) and Pencils, Pens & Brushes - A Great Girls Guide to Disney Animation (Disney Press) as she raises the celluloid curtain on the remarkable 'her-story' of women in animation.

Mindy Johnson’s latest groundbreaking book Ink & Paint – The Women of Walt Disney’s Animation, (Disney Editions) redefines our collective history. This essential volume casts a light on the thousands of unsung female artists behind the creative and technical advances within the animation art forms of the Twentieth Century. ‘Ink & Paint’ is currently in development for an 8-part docu-series to air on The Walt Disney Company’s new streaming service Disney+

In addition to a background in network television and film production, Mindy is also an awardwinning playwright, Grammy-nominated songwriter, musician, and a contributing artist on several internationally acclaimed recordings. When she isn’t researching or writing on a myriad of subjects, Mindy also teaches film/animation studies, women’s animation history, screenwriting & intercultural film at CalArts and various campuses in Southern CA.